DAVE ASPREY, founder of the supplement company Bulletproof and one of the many Silicon Valley tech titans obsessed with lengthening their life spans, famously declared he wants to live beyond 180 years. That sounds, frankly, exhausting. Yet who wouldn’t want to take a languorous sip from the gerontological cup, assuming reasonable health and fitness?

Therein lies the catch: A long life is something that’s desired and dreaded in equal measure. My uncle was a rocket scientist at NASA’s Marshall Space Flight Center in Huntsville, Alabama. When I visited him in his final years, I did not recognize this once dynamic, brilliant man. He was confused, frail, vague. In 2014, Ezekiel Emanuel, a noted oncologist and chair of the Department of Medical Ethics and Health Policy at the University of Pennsylvania, wrote a blunt essay for The Atlantic titled “Why I Hope to Die at 75.” He argued that the “manic desperation to endlessly extend” life siphons resources and “robs us of our creativity and ability to contribute to work, society, the world.” Emanuel stands by it. “You don’t want to wait until the end of your life and live it unconsciously,” he told me recently.

As we walk, he takes me through his other practices: Along with his fasts and exercise, Barzilai takes a daily dose of metformin. An inexpensive diabetes medication that’s been around since the 1950s, metformin is thought to mimic the calorie restriction of fasting by limiting the amount of sugar the body absorbs (side effects are generally mild, among them abdominal pain, nausea, and loss of appetite). A 2017 study of more than 41,000 male metformin users found that it reduced—by a significant amount—the likelihood of dementia, cancer, and cardiovascular disease. A growing number of doctors are prescribing it off-­label, but Barzilai wants the medication to be FDA-sanctioned for every elder adult. He’s about to undertake a six-year national trial (called TAME, for “Targeting Aging With Metformin”), partially and anonymously funded by a noted tech billionaire.

David Sinclair, Ph.D., Harvard geneticist and author of the bestseller Lifespan: Why We Age—and Why We Don’t Have To, says the Mediterranean diet essentially “tricks the body into thinking we’ve been doing exercise and fasting.” Of course, this is not a permission slip for bottomless bowls of rigatoni; too much of a good thing is too much. Dan Buettner, the National Geographic Fellow who helped popularize the idea of the “blue zones”—the five areas worldwide with the longest-lived denizens—says he follows a rule practiced by the residents of Okinawa, Japan, and stops eating when his stomach is 80 percent full. And perhaps consider occasionally skipping dessert: Research shows that sugar intake accelerates age-related inflammation. “The more sugar you eat, the faster you age,” says Robert Lustig, professor of pediatric endocrinology at the University of California, San Francisco. (The American Heart Association recommends that women keep it under six teaspoons per day.) 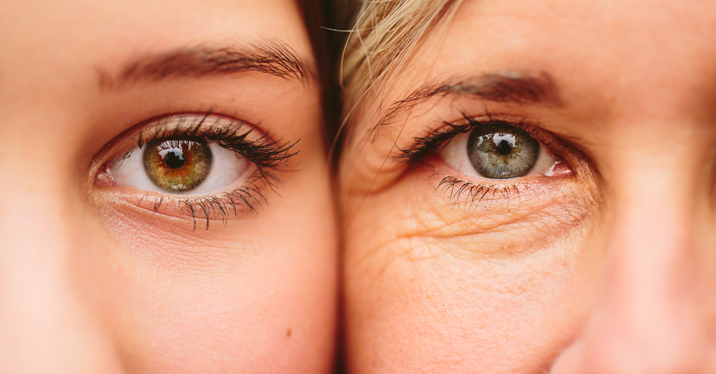 Other crucial life practices: adequate sleep and stress management. In blue zones, says Buettner, “people downshift all day long, through prayer, meditation, or just taking naps.” And scientists are also coming to more fully understand the role that other people play in prolonging life. A 2019 study in the journal SSM-Population Health found that social relationships significantly increase life span in older adults. Neuroscientist Daniel Levitin, author of this year’s Successful Aging, has found that friendships at age 80 are a bigger predictor of health than cholesterol level. Friends and even neighbors, he writes, protect your brain, while loneliness “has been implicated in just about every medical problem you can think of.”

But what about the factors you can’t control? Most of us don’t know what’s lurking in our genome and are not often aware we might inherit some disease until we see the symptoms. That is changing, with tests that are leagues beyond 23andMe. The new Preventive Genomics Clinic at Brigham and Women’s Hospital in Boston is the first academic clinic in the country to offer comprehensive DNA sequencing and interpretation of nearly 6,000 disease-associated genes, ranging from common cancers to the rare Fabry disease, which impairs fat breakdown in cells and affects the heart. “Roughly 20 percent of people will be carrying a variant for a rare disease, such as hereditary heart problems,” says director Robert Green, M.D., medical geneticist at Brigham and Women’s. Where a full panel of tests used to cost many hundreds of thousands of dollars, the clinic charges $250 for a smaller panel and $1,900 for full sequencing and interpretation. (These costs are not yet covered by most insurance.)

“In the near future,” says Barzilai as we finish our walk, “we can be healthy and vital in our 90s and beyond.” He laughs. “It may sound like science fiction, but I promise you, it’s science.” While I can comprehend the misgivings about prolonging life, I’ll admit that I’m still programmed to crave those extra years, and will adopt what changes I can to make them more vibrant. My role model here is Gloria Steinem, now 86. “I plan to live to be 100,” she once remarked. “Which I would have to do anyway, just to meet my deadlines.”