To many, anti-aging sounded like science fiction, as life was believed to finite experience, but not anymore. A Harvard University geneticist, Dr. David Sinclair PhD, has cracked the code of aging. Working at Harvard Medical, Dr.Sinclair has discovered, through multiple studies, that the aging cycle can be manipulated and reversed when certain factors are present in the equation. One of the many discoveries that he brought to academia surrounds fasting and reversing the effects of aging in humans. His experiments with yeast were the first to determine that a “cause of aging for yeast as well as the role of Sir2 in epigenetic changes driven by genome instability,” according to his biography at the Blavatnik Institute of Genetics at the Harvard Medical School.

In his book Lifespan, Dr. Sinclair explains that his clinics research focused primarily on sirtuins, which is a protein modifying enzyme which is responsive to changing levels of NAD during fasted calorie restriction.

Dr. Sinclair is also studying chromatin, how energy is metabolized in the mitochondria, memory and learning neurodegeneration, cancer causes.

Dr. Sinclair’s Harvard Medical was credited with identifying NAD bio-synthesis in regulating lifespan, which was the first to show the involvement of sirtuins in calorie restrictions of mammals. His book  states that a small molecule, resveratrol, was identified to activate on  SIRT1. This improved the cells metabolic function by using combinations of enzymological, genetic, pharmacological and biophysical approaches.

They showed recently that synthetic and natural activators “ require SIRT-1 to mediate the in vivo effects in muscle and identified a structured activation domain.

Dr. Sinclair is an advocate of supplements to help generate the chemicals the body needs to extend life. He says that Resveratrol  the NAD activator, and metformin is essential to consume for the extension of life.

Dr. Sinclair said that studies in mice accentuate the point. The studies were able to extend the life of mice by 50 percent, and it only in the last ten years that the discoveries have been made.

In a study conducted by Dr. Sinclair in his lab at Harvard, he was able to reverse vascular aging in mice. The backstop of the book he wrote on anti-aging that tells us that fasting is the driver to helping prolong life. The molecules, NAD, and sirtuin manufactured during times of stress like exercise and fasting have caused stamina to be boosted, and endurance in the mice test subjects. The blood vessels are forced to grow, and that reverses the aging cycle for the vascular system. The experiments are the staging ground for the human condition, and the experiments will lead to addressing the root causes of diseases in humans that come from aging. Dr. Sinclair was quick to tell us that the biological differences between humans and mice are vast, and not all results in the lab can be replicated for humans.

Aging and deterioration of muscles and blood vessels reduce life expectancy, and the endothelial cells lose a vital protein – sirtuin – and it is affected by the loss of NAD. NAD is our body’s protein regulator, and it is the repair kit for our DNA.

When mice were subjected to an exercise-based program, the signs of aging were slowed and eventually reversed. When the exercise wasn’t present in the test subjects, proteins were reduced, and the process for regeneration of blood vessels wasn’t activated.

When NAD and sirtuins were created with exercise and fasting, the body demonstrated an innate ability to fight off the aging process.

The mitochondrial networks that exist inside our cells are where the reactions take place. Through dietary restrictions and exercise, the mitochondria can increase your lifespan and improve your current health. The mitochondria are the energy factory for our body and can shapeshift according to the body’s energy demands. As we age, the dynamic of the function of the reaction slows, and it impacts our metabolism. Through exercise and fasting, the chemical reactions created work in unison to keep threats at bay and supply the organs – through the bloodstream – with the chemicals the body needs to fight off threats.

Through a series of studies, fasting or dietary restrictions manipulated through an energy identifying protein –kinase – helped the mitochondrial networks maintain youthfulness. 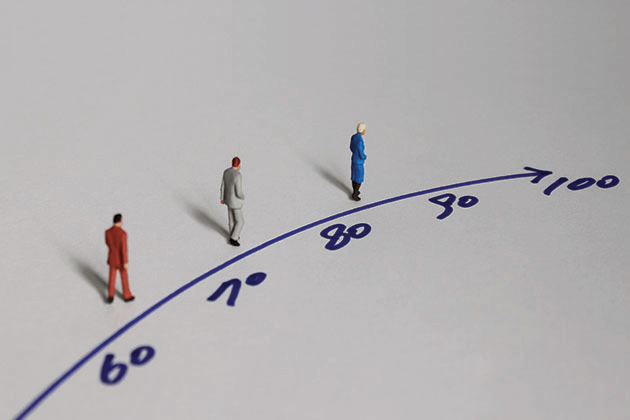 The process was termed healthy aging, and understanding the process is critical to advancing the application to humans to slow aging. Dr. Sinclair and other scientists have understood that fasting slows the aging process, but they don’t have a handle as to why it occurs in the body chemistry.

To begin to understand the process and how it reflects in obesity will be the next step to a longer life. Obesity can be linked to defective mitochondrial flexibility and the increase in age-related diseases and chronic conditions from obesity.

The scientific community only just understands the biological manifestations of the human body. Still, Sinclair and other researchers have learned that exercise and fasting are essential components to slowing the aging process internally.